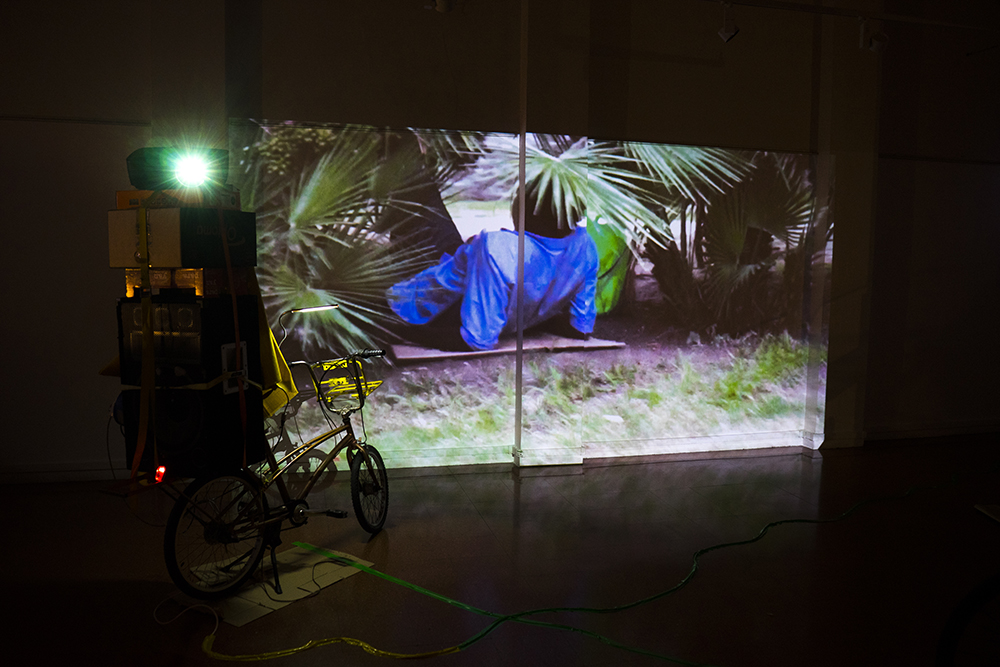 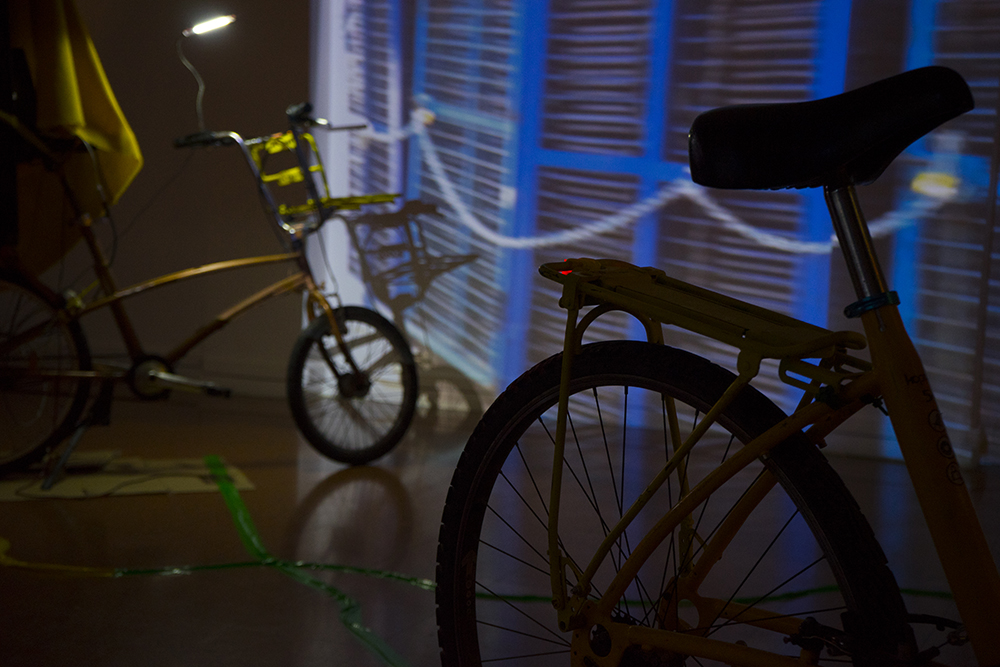 Joe Highton and Victor Ruiz Colomer attempted to film the maximum amount of activities happening at the same time in Ciutadella Parc on one shot last summer. Activities included ping pong, acrobatics, many distinct and free styles of dancing, dogs, dates, music sessions, yoga groups, martial arts, speakers, discussions... At the same time they were making their own recycled paper using an inflatable pool on a their friends rooftop. During approximately 9 weekends they were trying to compact all of this synchronisation of events and interruptions. 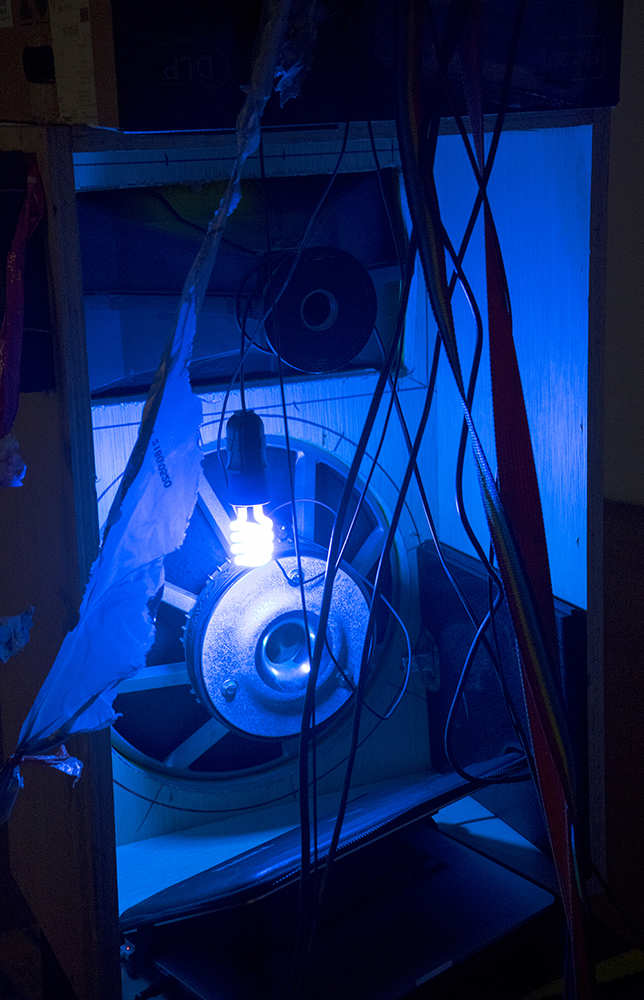 As it happened with the sieve which they used to filter the pulp consisting of paper from the studio bin, aluminium dust, bits of 6x4 photographs and plastic shards, their work at the park entered a regurgitating cycle in which what didn’t stay on the screen went back into the mix. 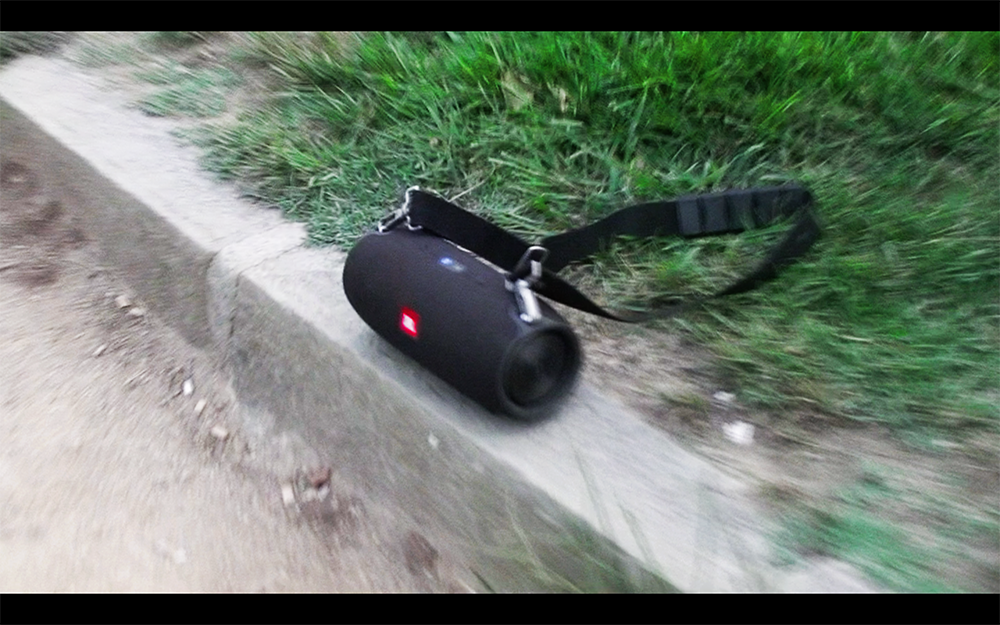 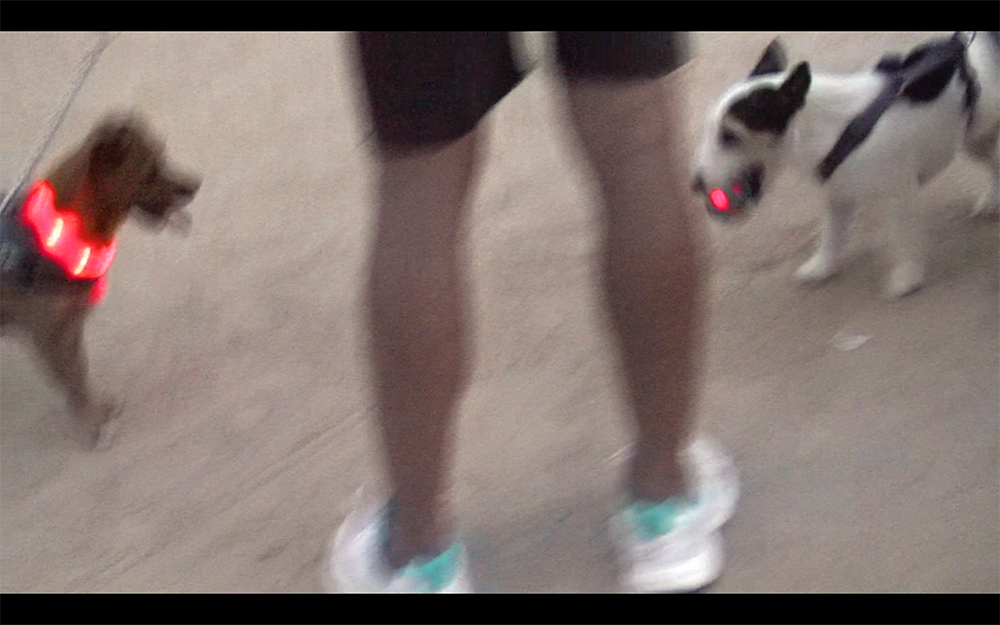 The three of us now are sitting on the floor at the hall of the building, next to one of the bicycle sound systems which shoots one of the 3 audio tracks they have been working on at El Pumarejo in Barcelona, in collaboration with Nathan Ridley and Román Daniel Esteba. As they experiment with the rhythm of the still images they are going to show, they talk through the modifications they are adding to the space. Seeing them talk all this time, constantly transforming the space while making both spaces (the represented and the host) one can perfectly understand how they faced the start of this work. Through having a changing but constant dialogue with the filming ground, they enlarged and compressed the initial intuition with which they wanted to celebrate the existence of that space. During the time spent filming on their bikes, they happened to become part of the mythology existing in the park. 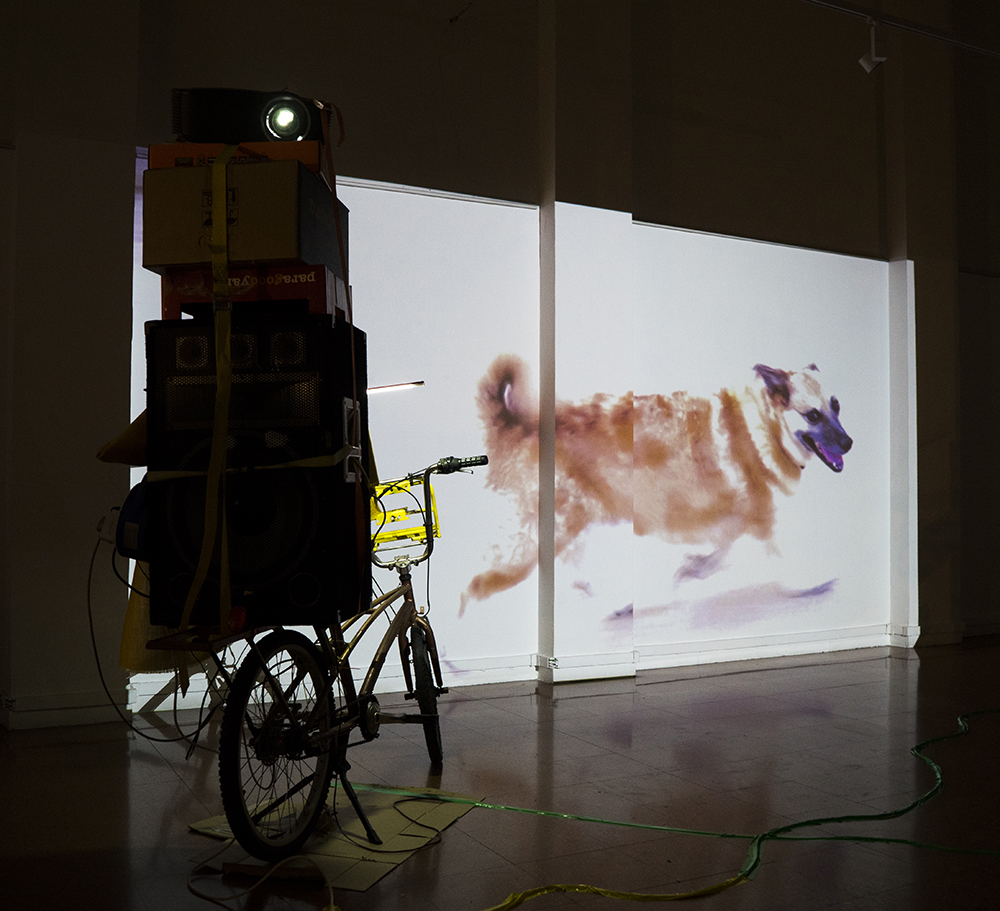 In the dark, sitting on the floor where the light coming off the projection screens, the rhythmic pulse of both front and back flashing lights from the bikes, the image sequences from the original film files, the movement of their arms producing the big format papers, all in a sieving process where interests and decisions come into play. 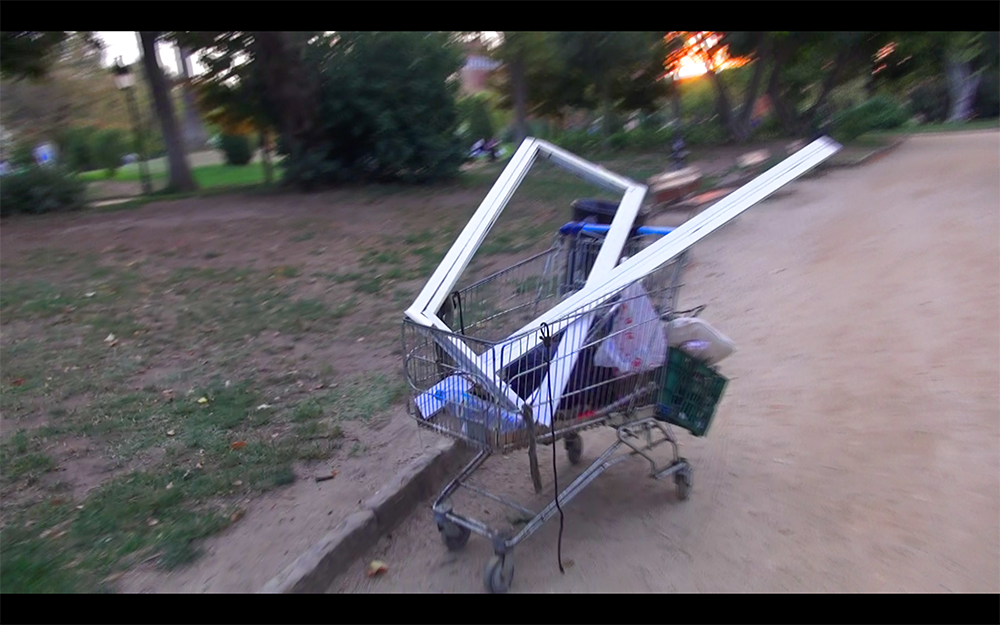 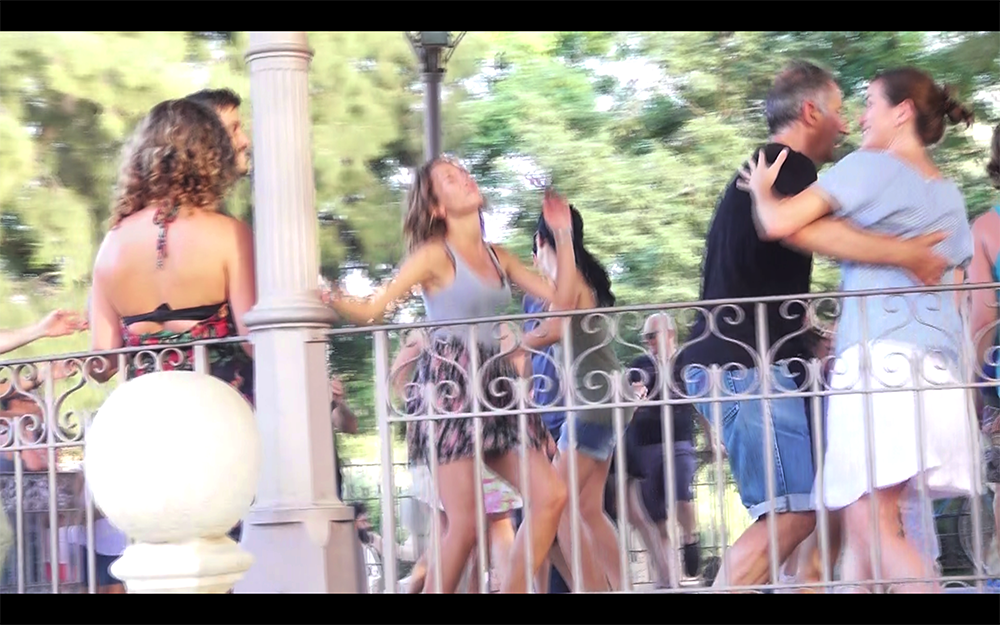 Constantly working on this site-specific installation, they have made themselves part of the dynamics of the Centre Civic, and the neighbourhood where this is located. They have made it possible to feel both detachment and synchronisation when an institutionalised space wraps a public one. 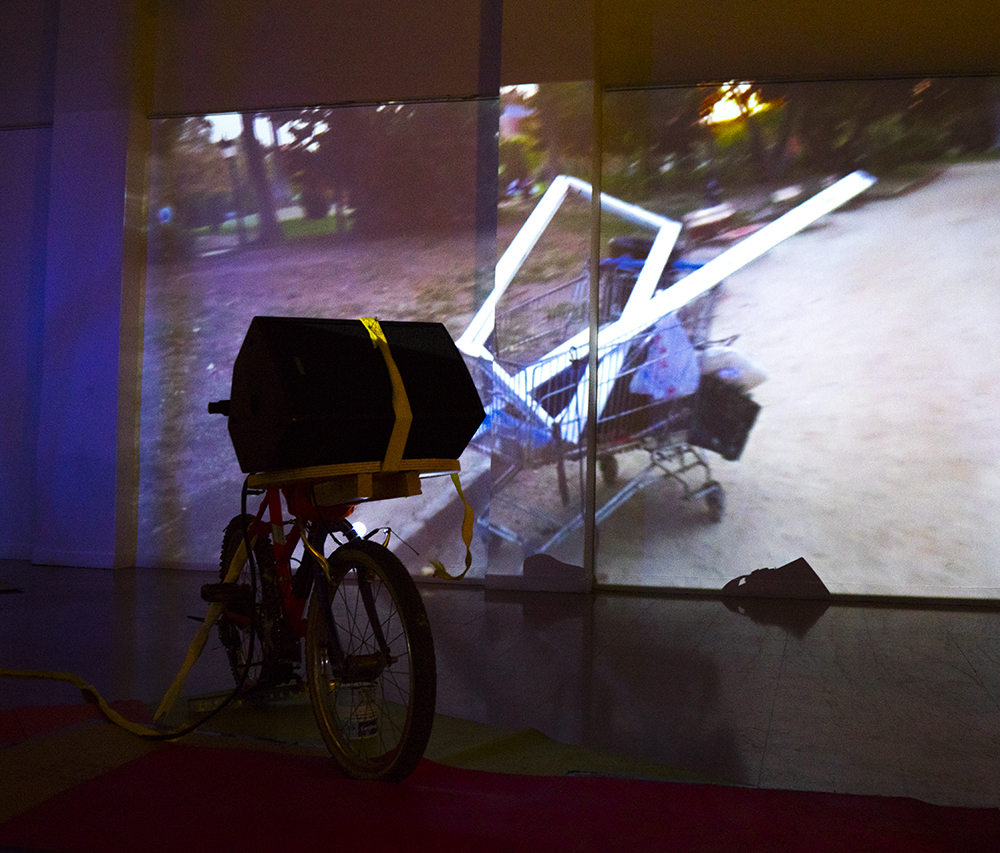 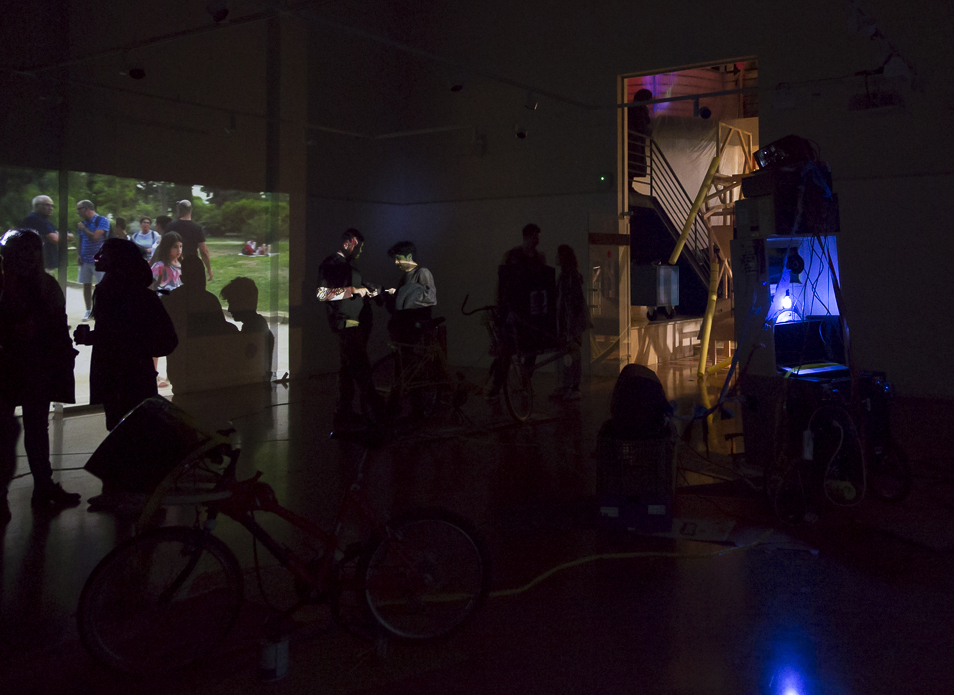