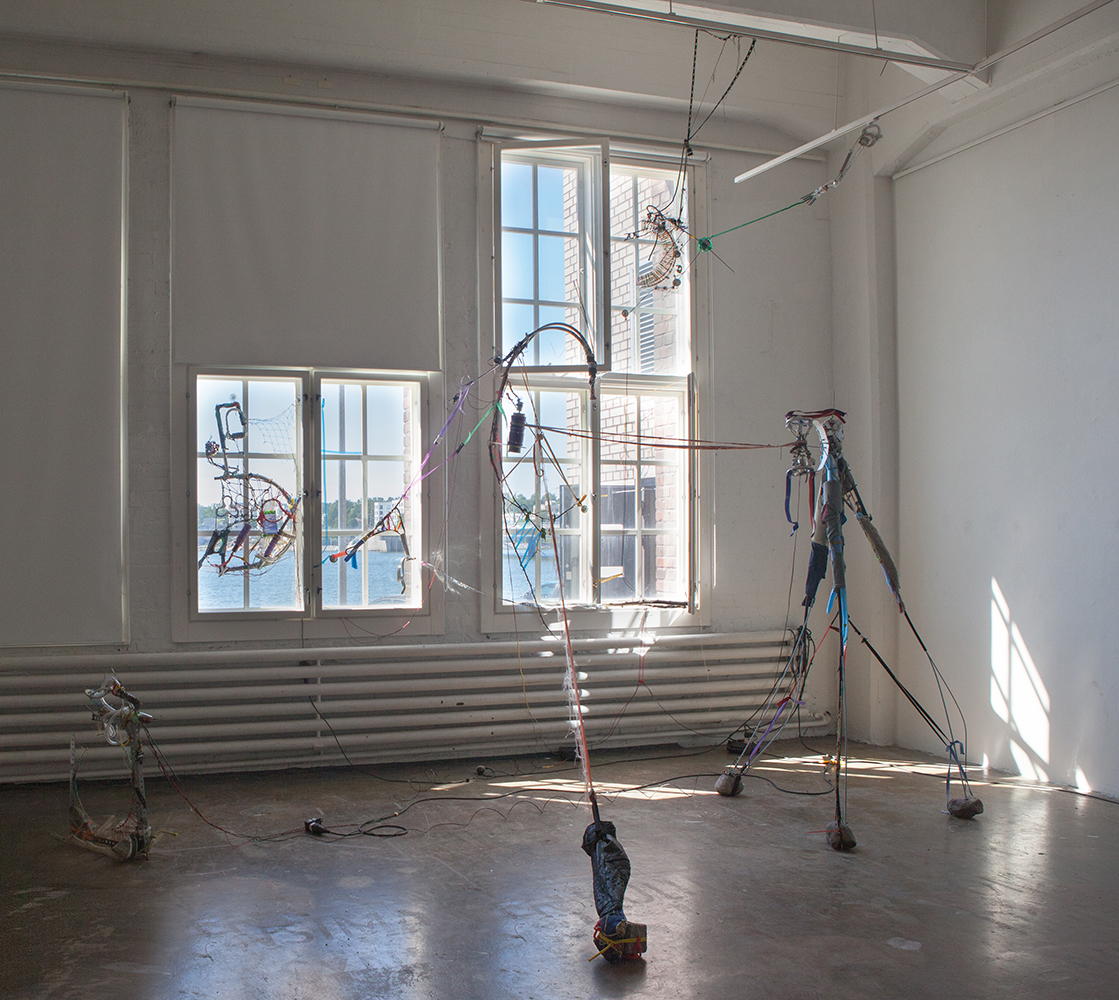 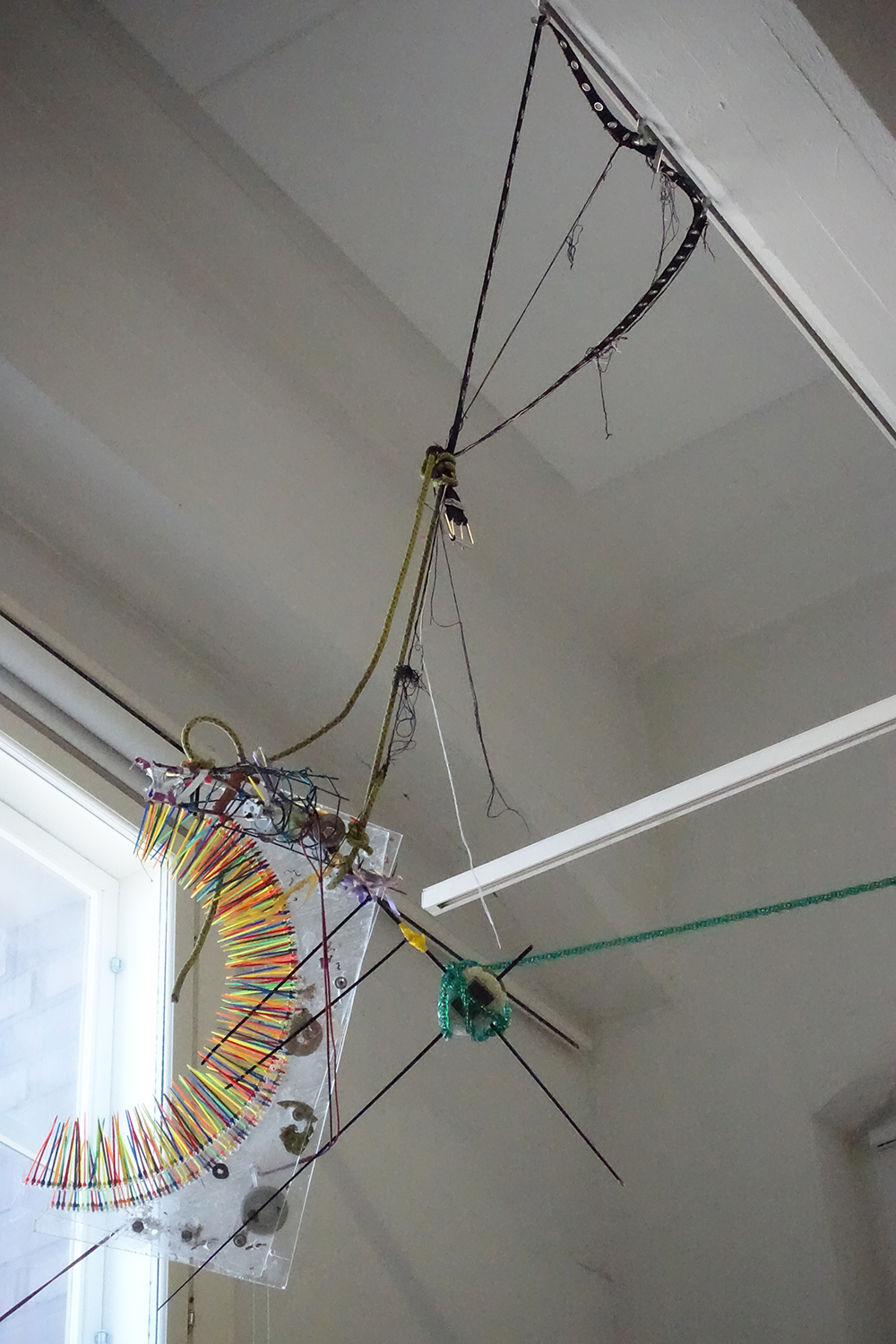 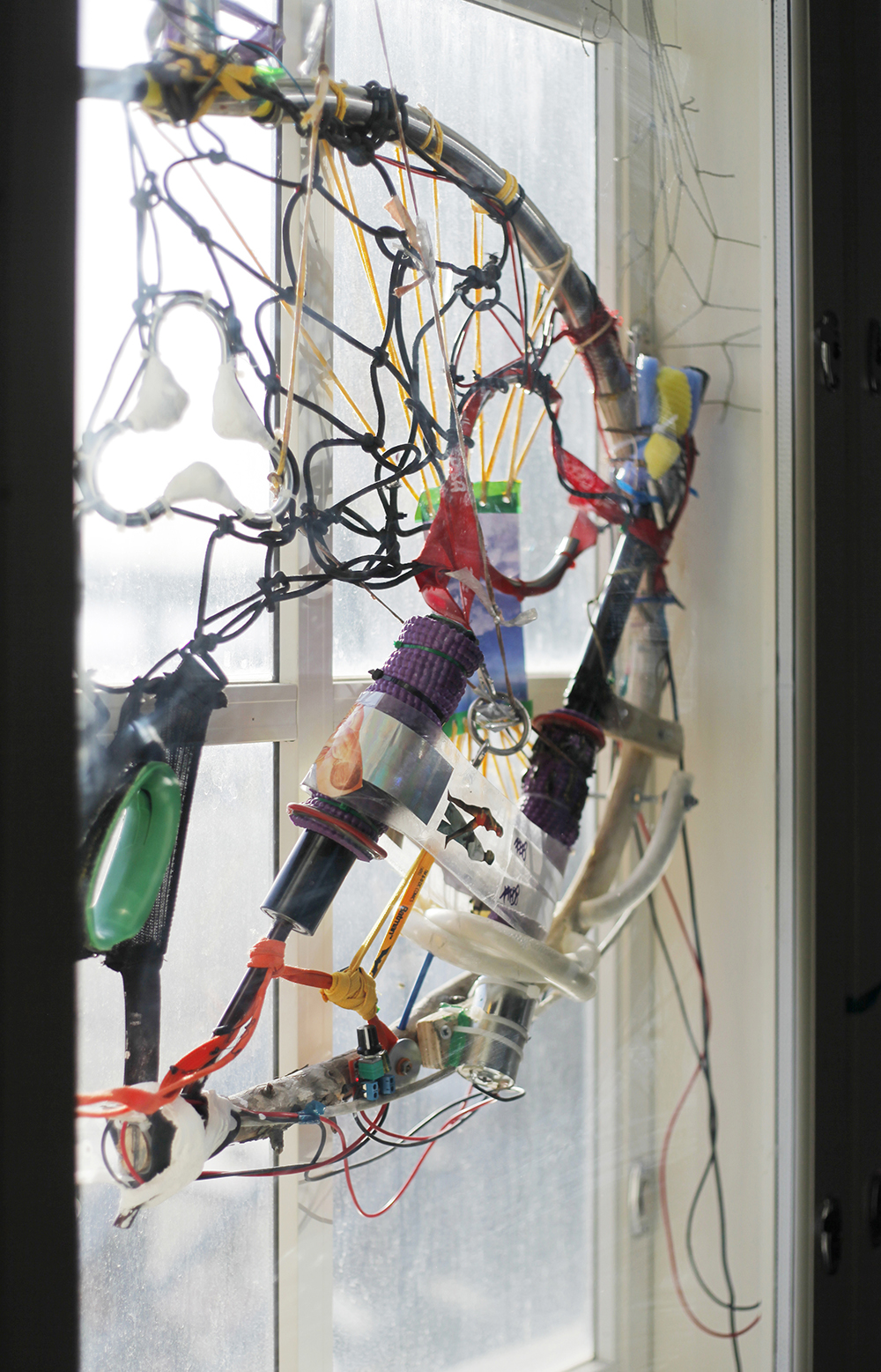 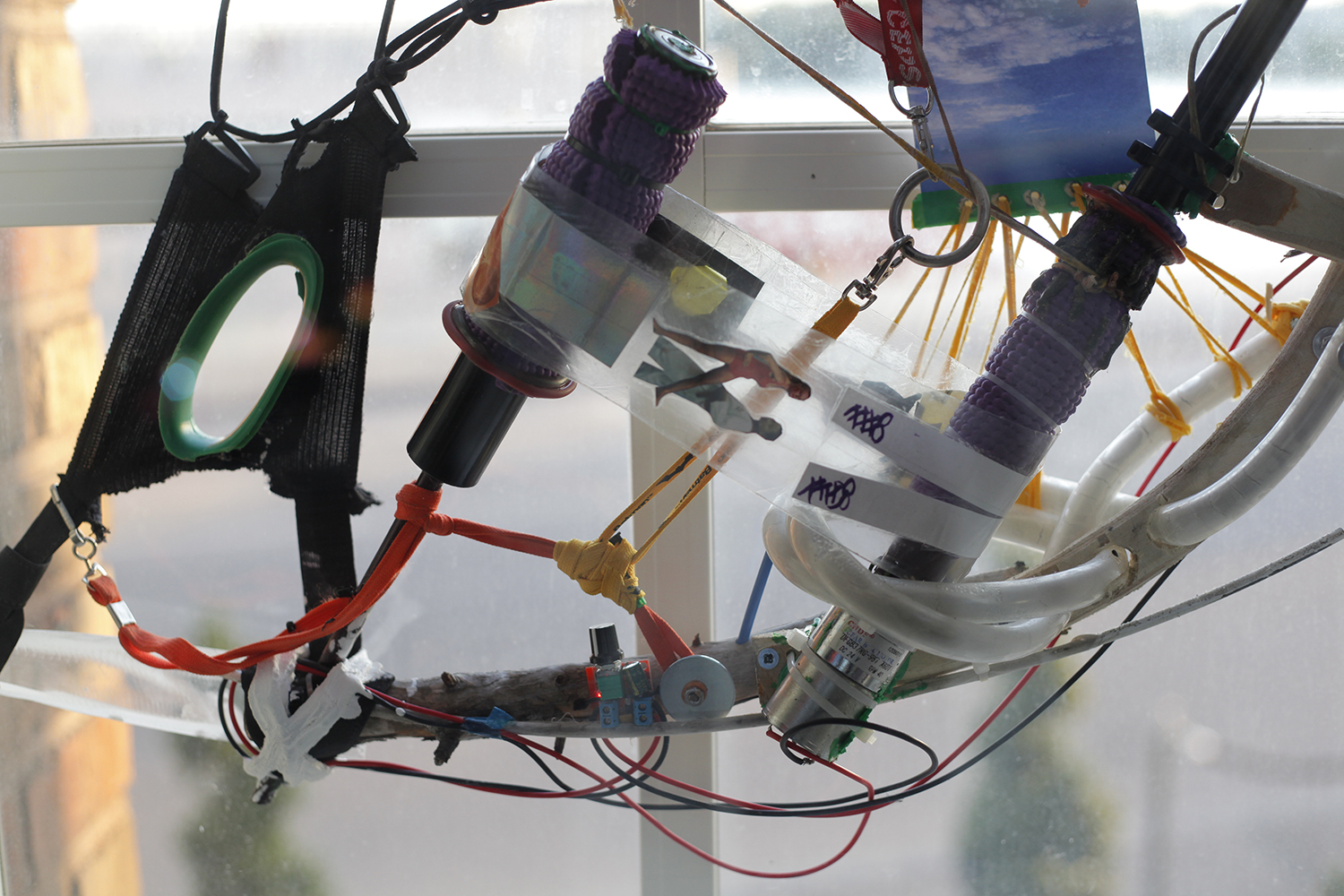 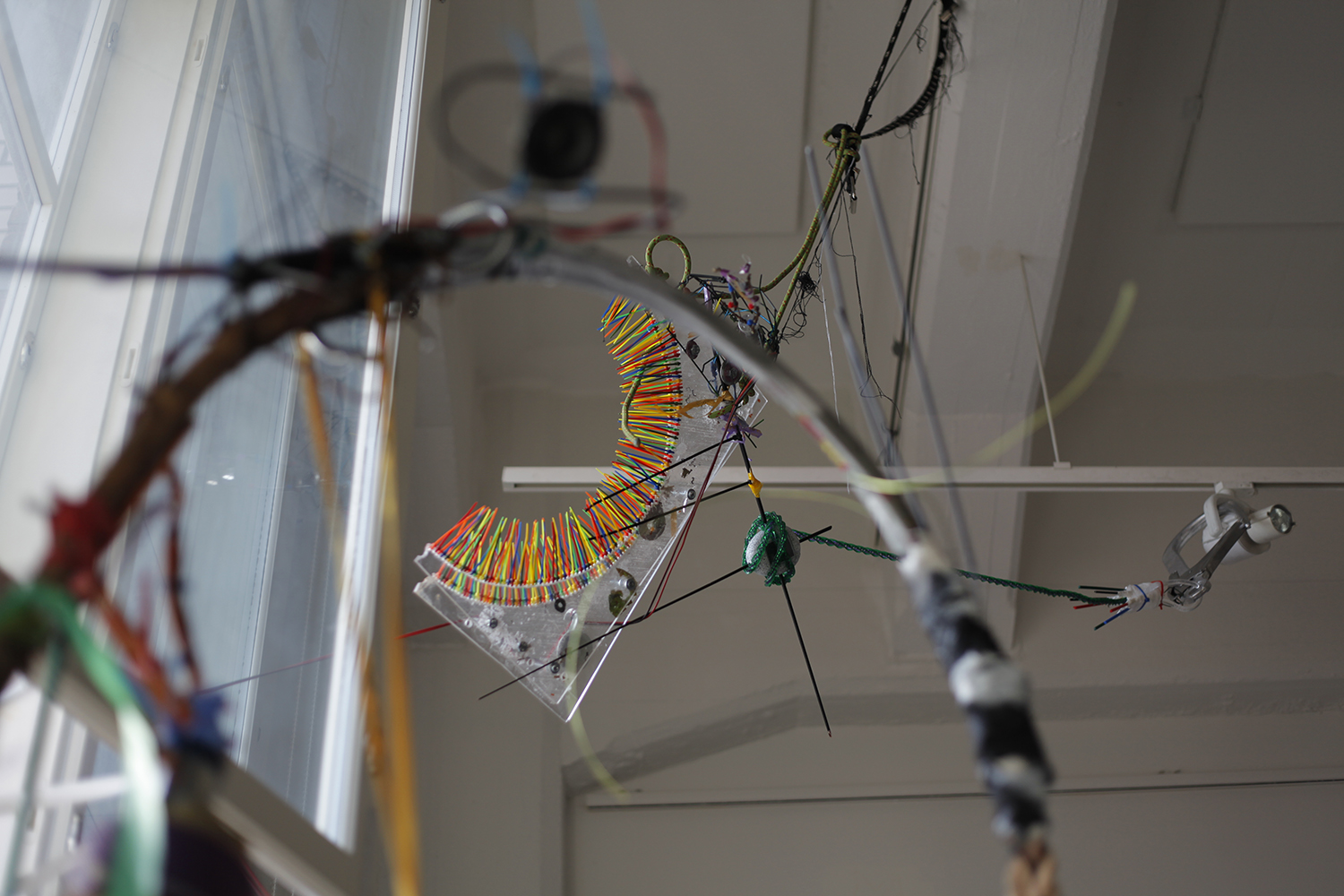 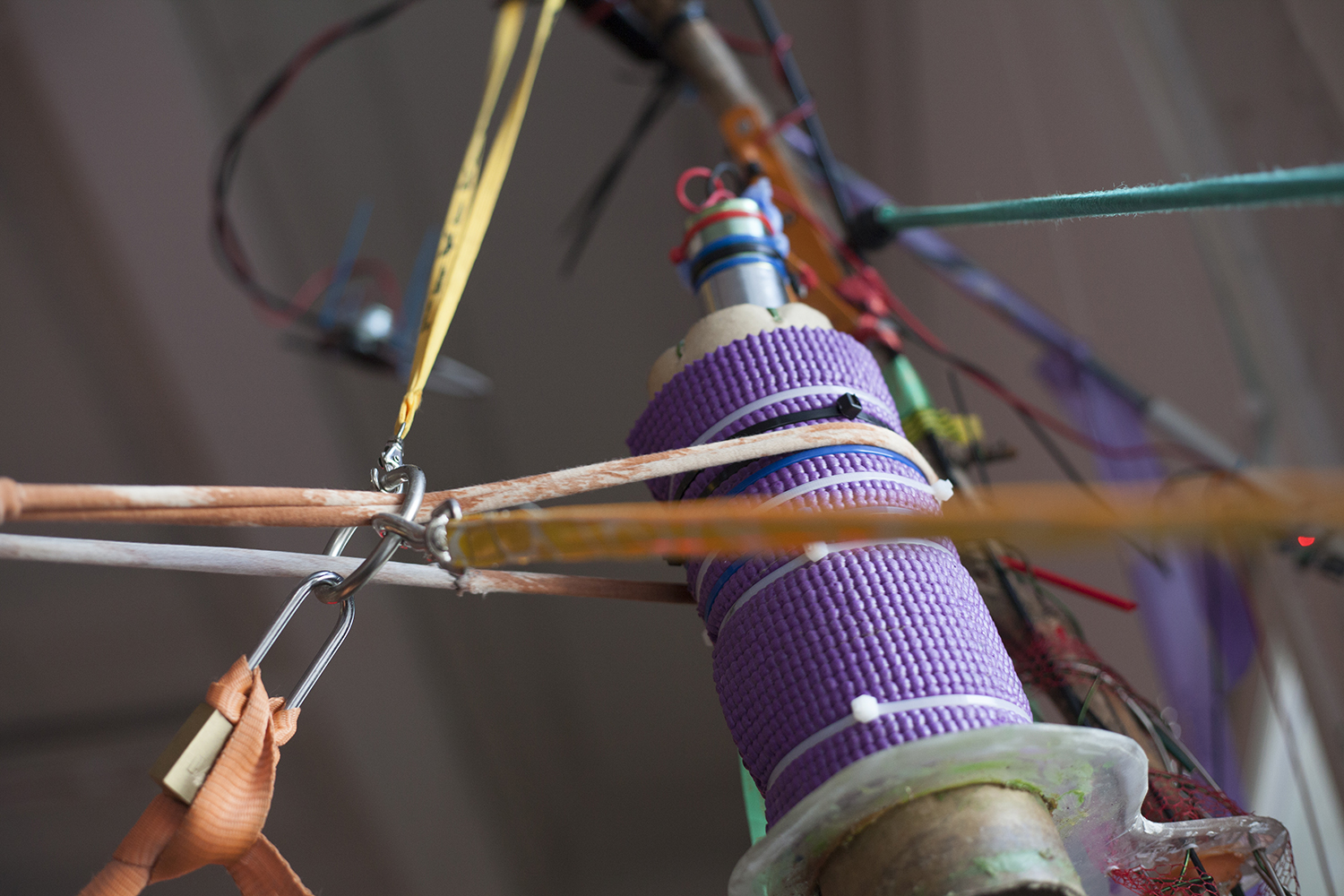 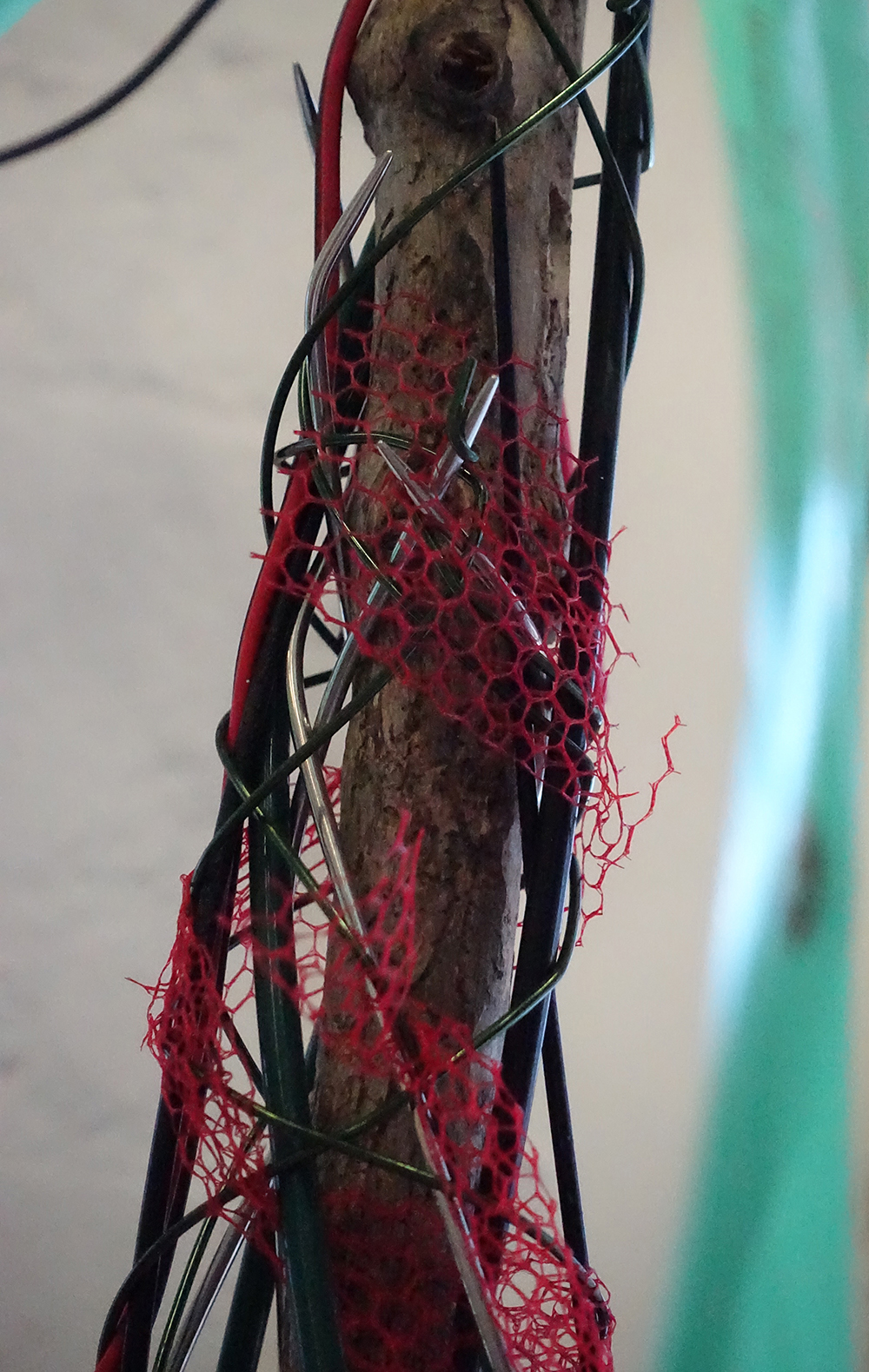 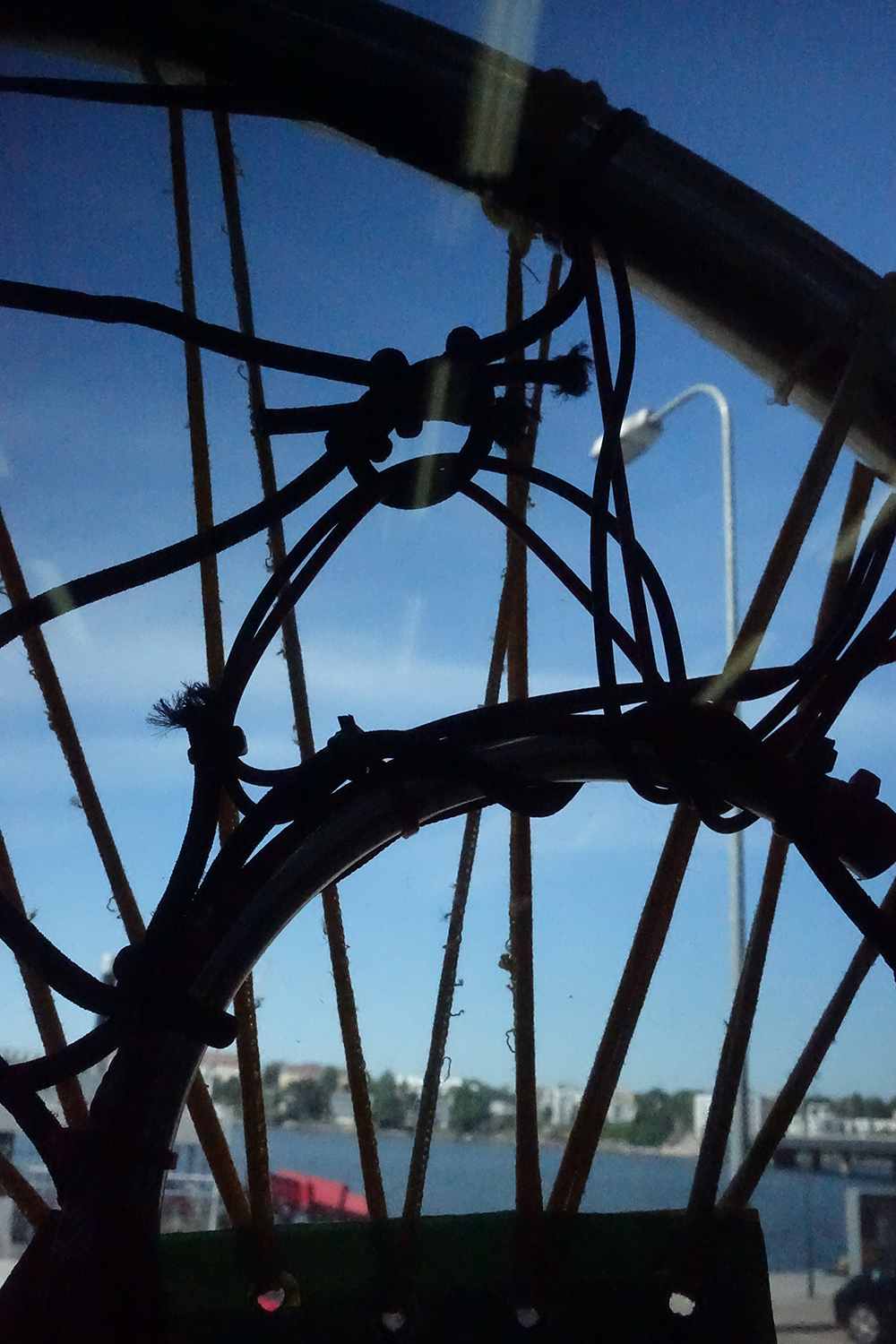 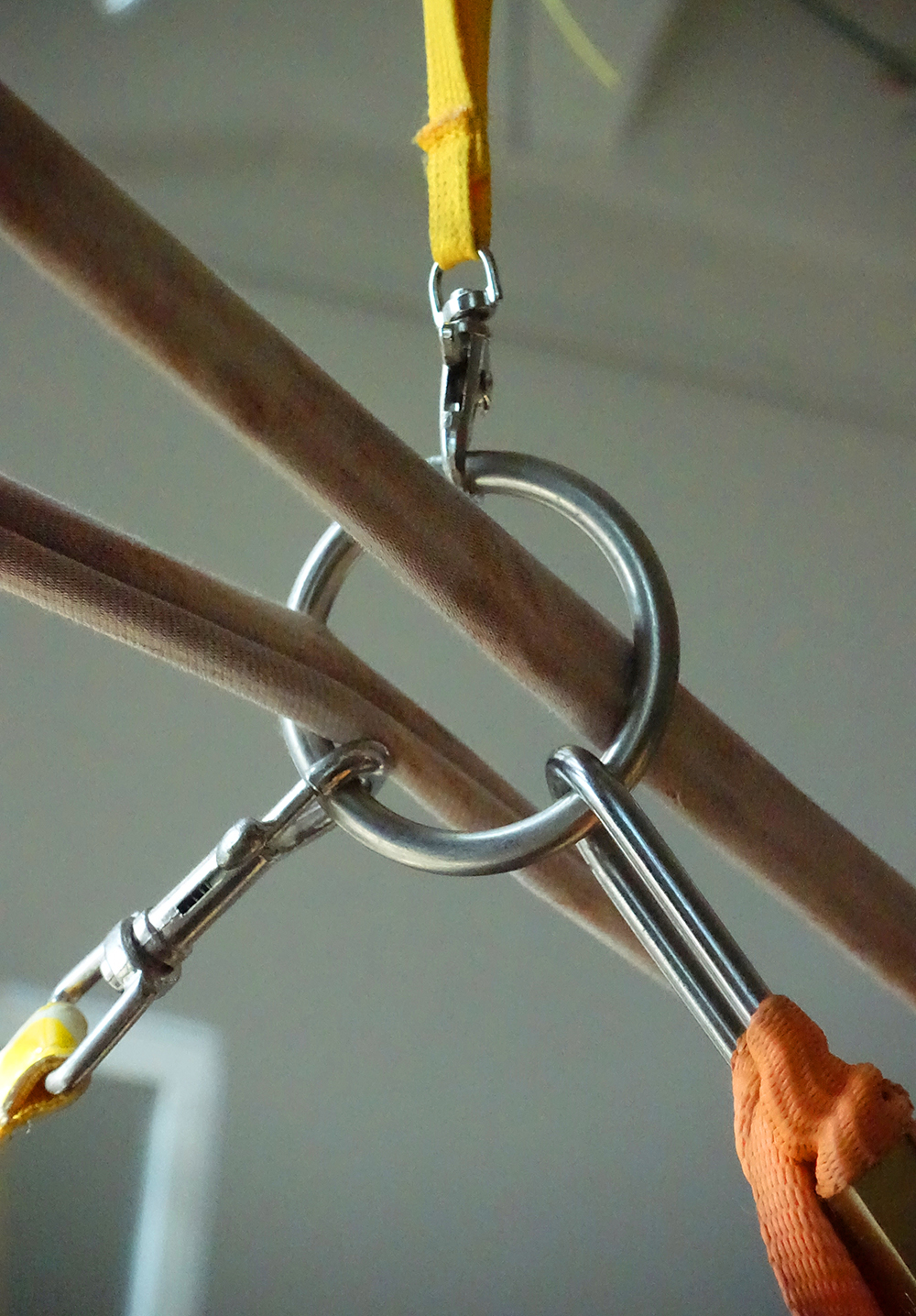 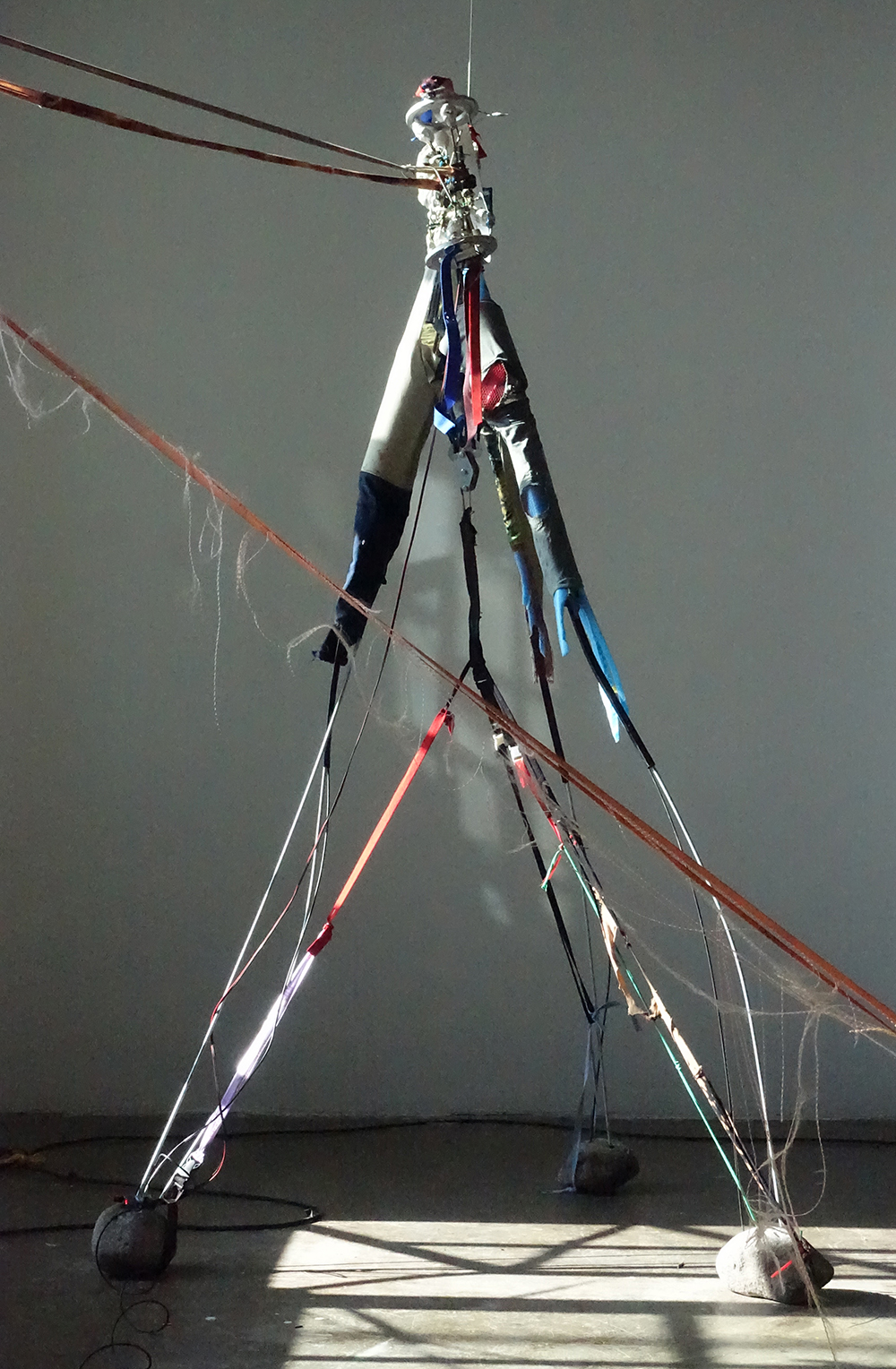 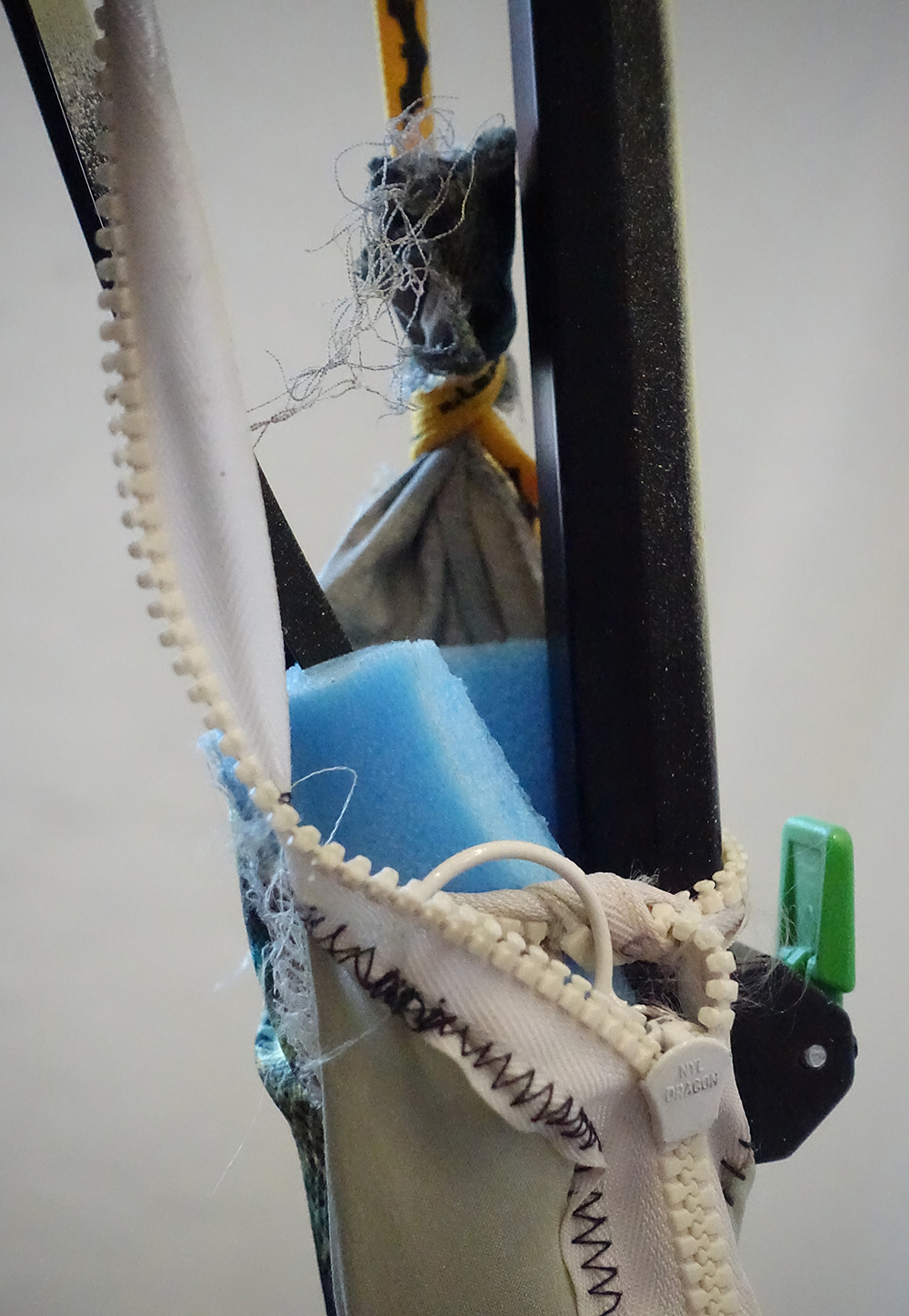 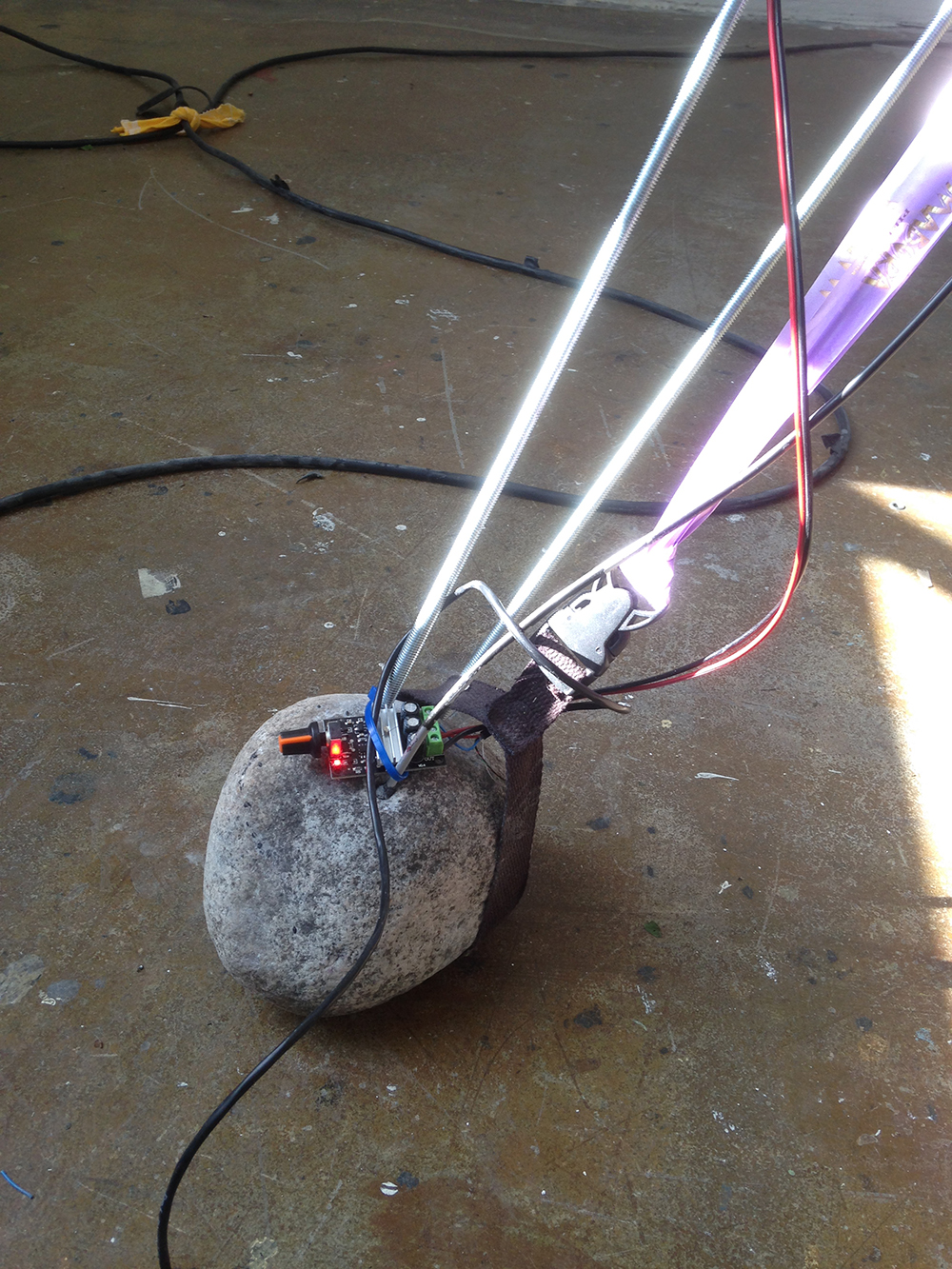 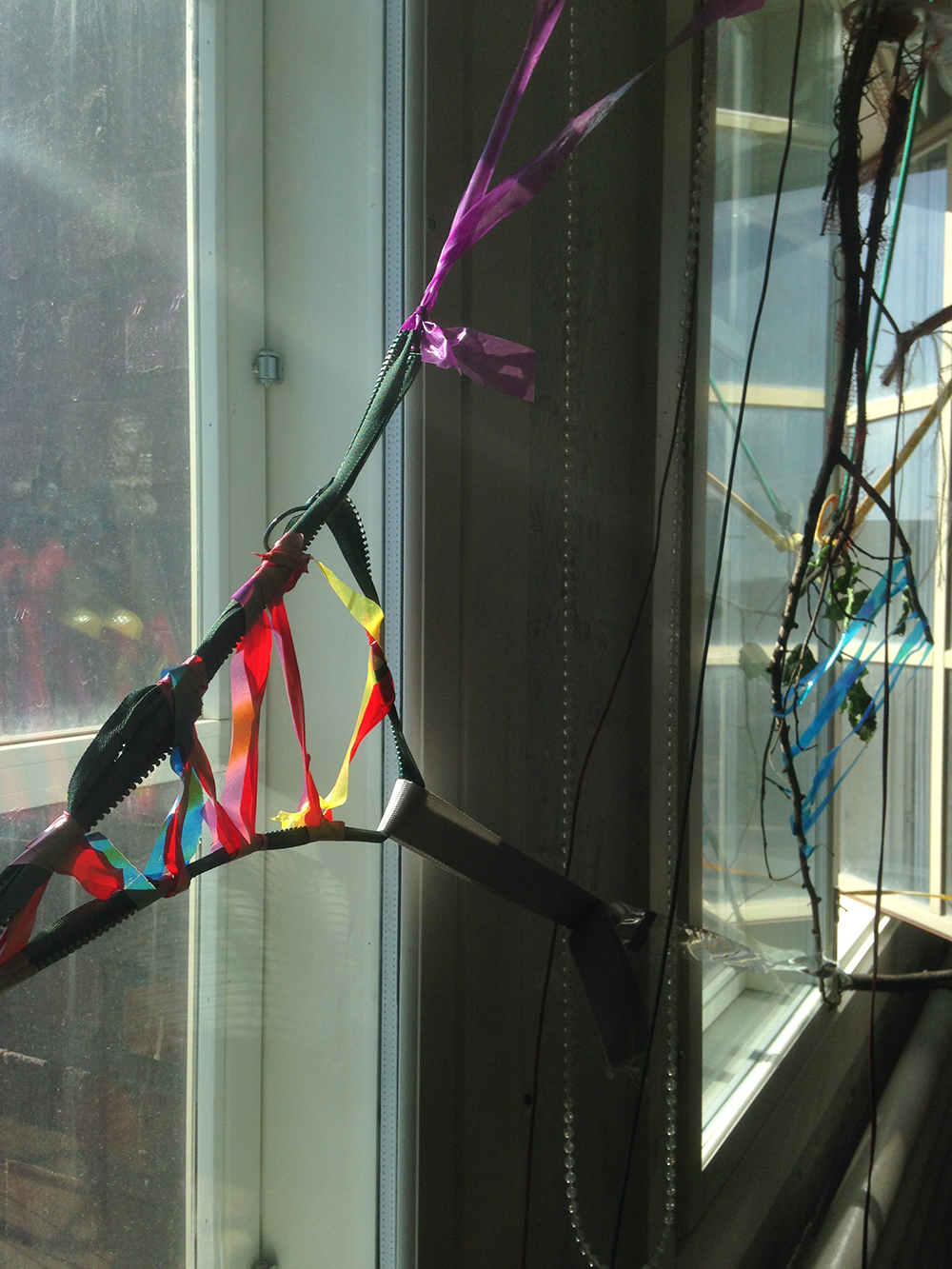 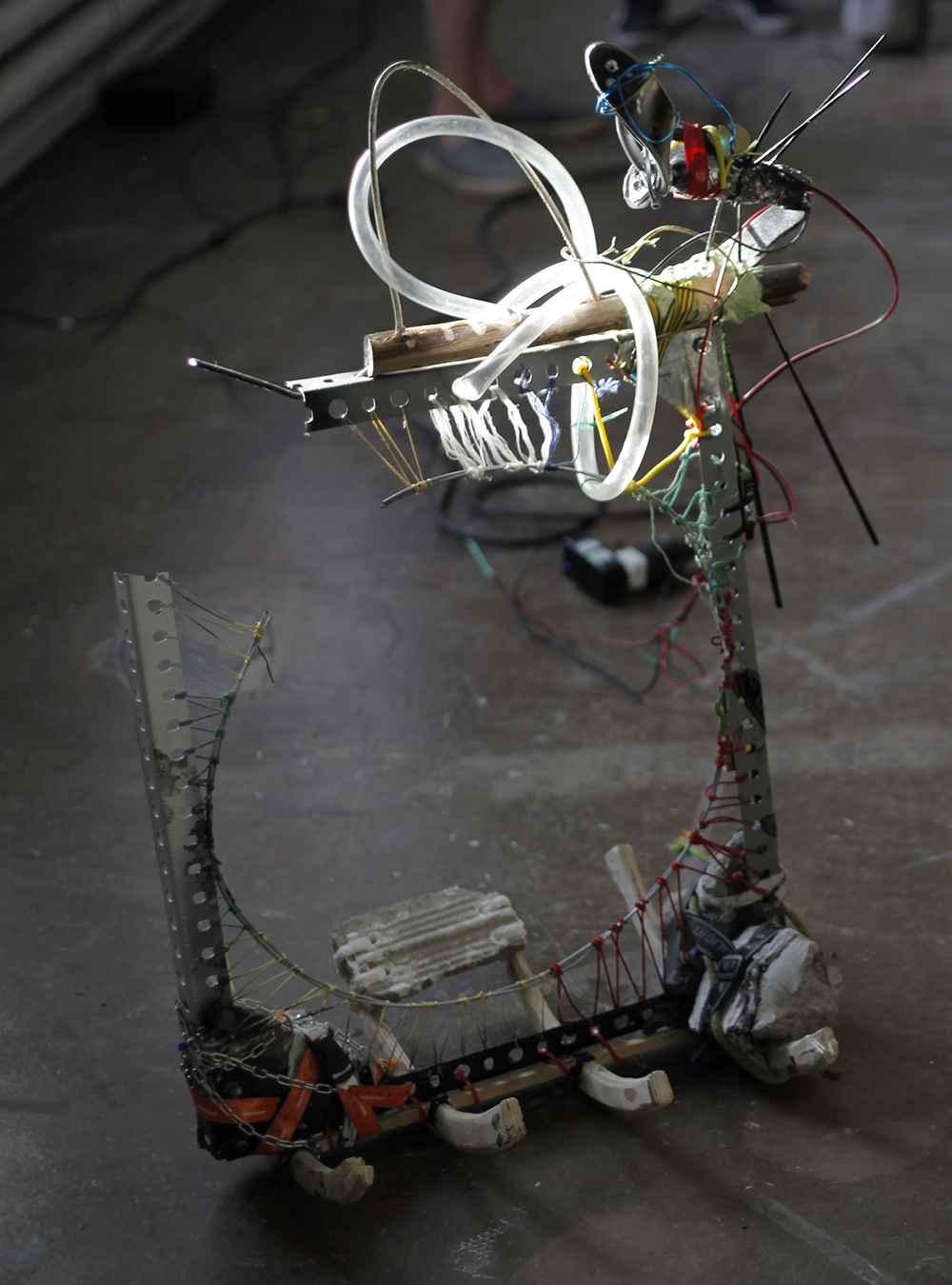 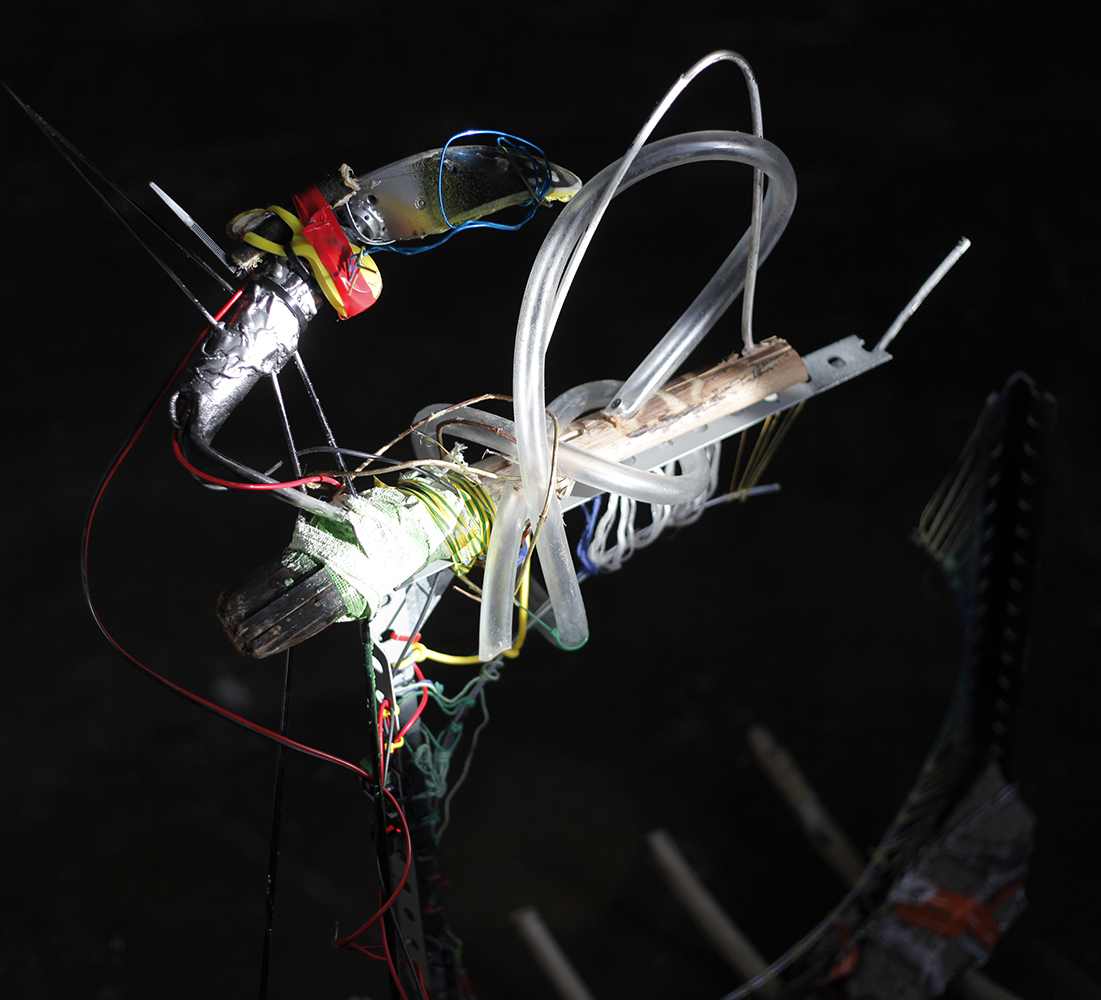 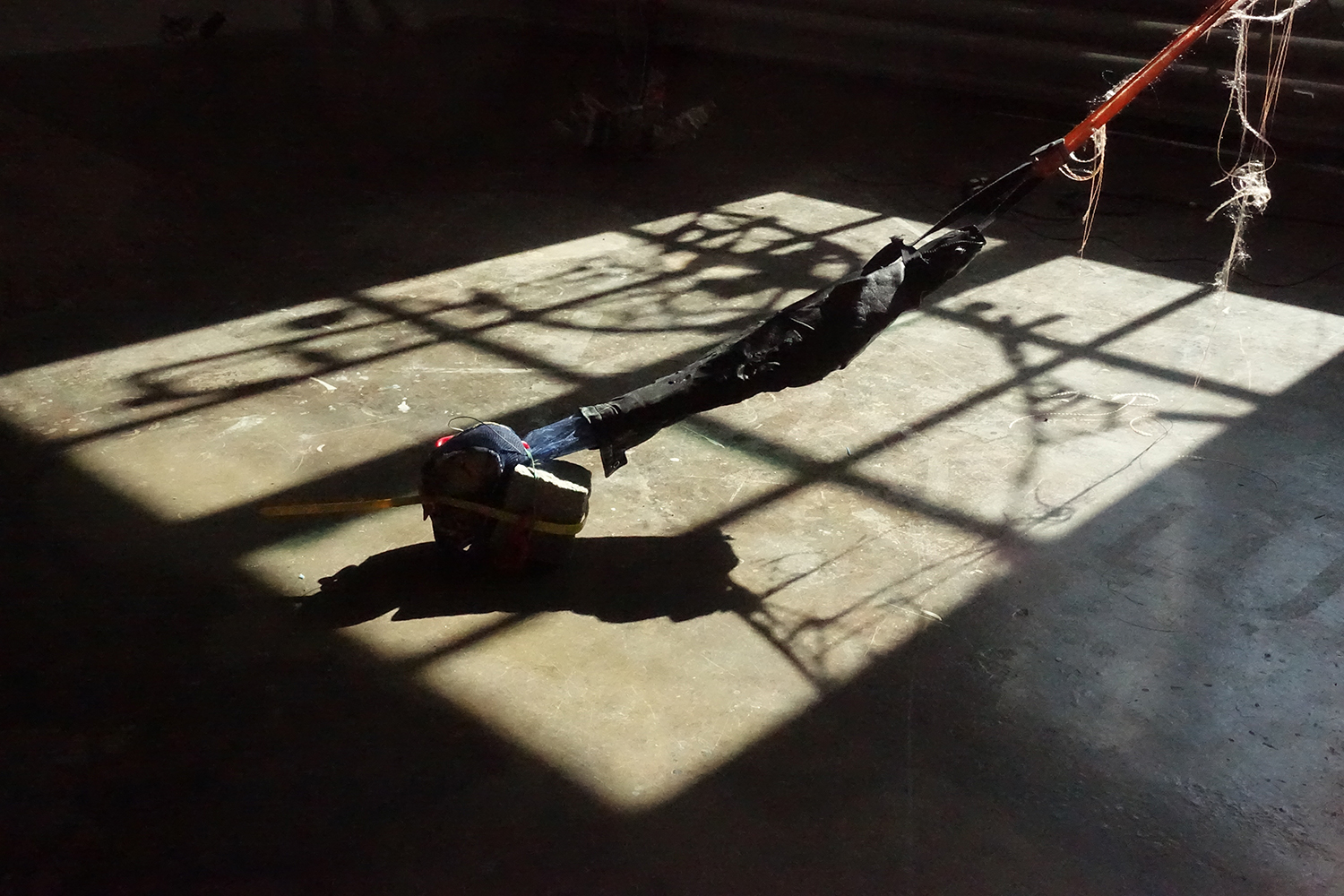 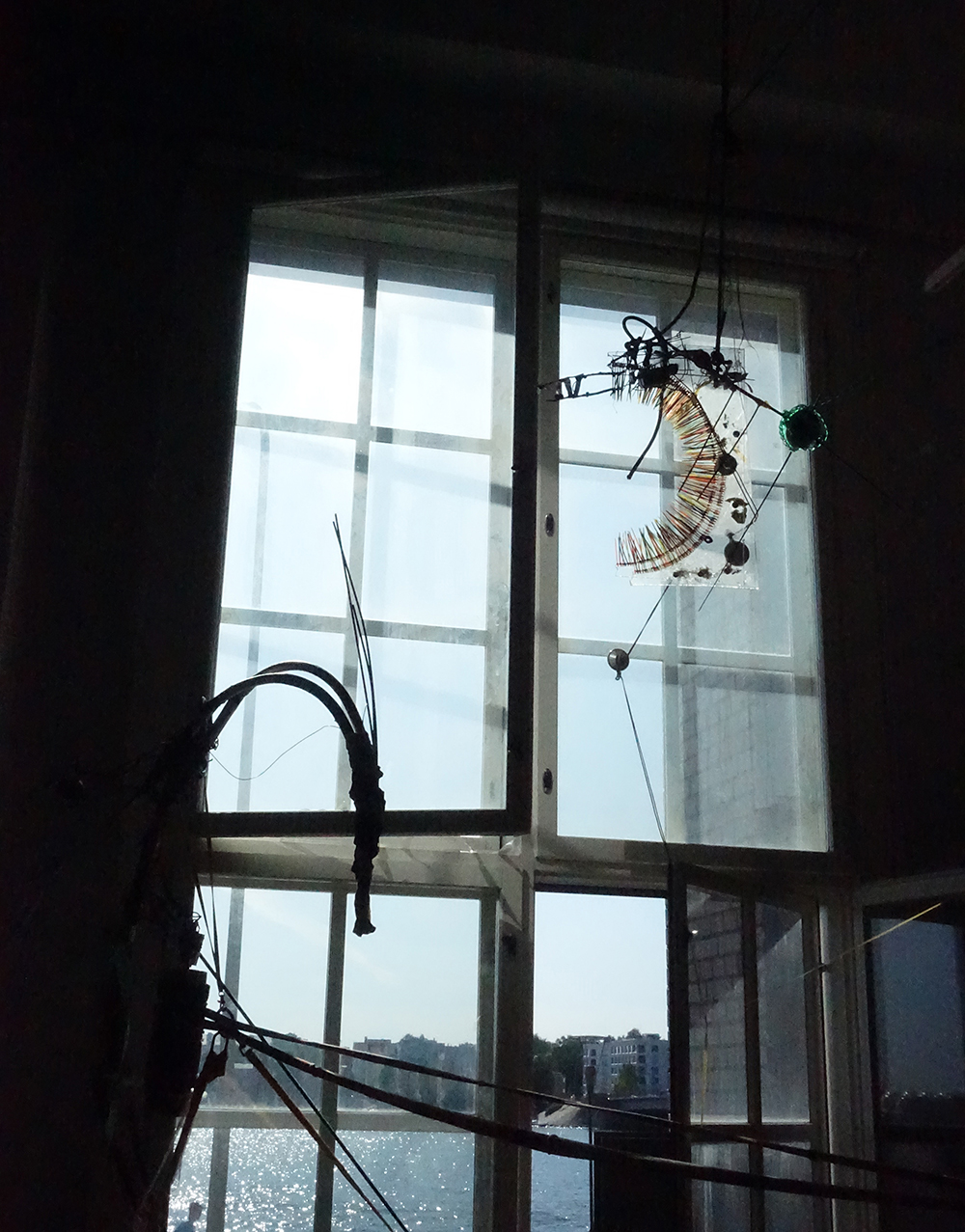 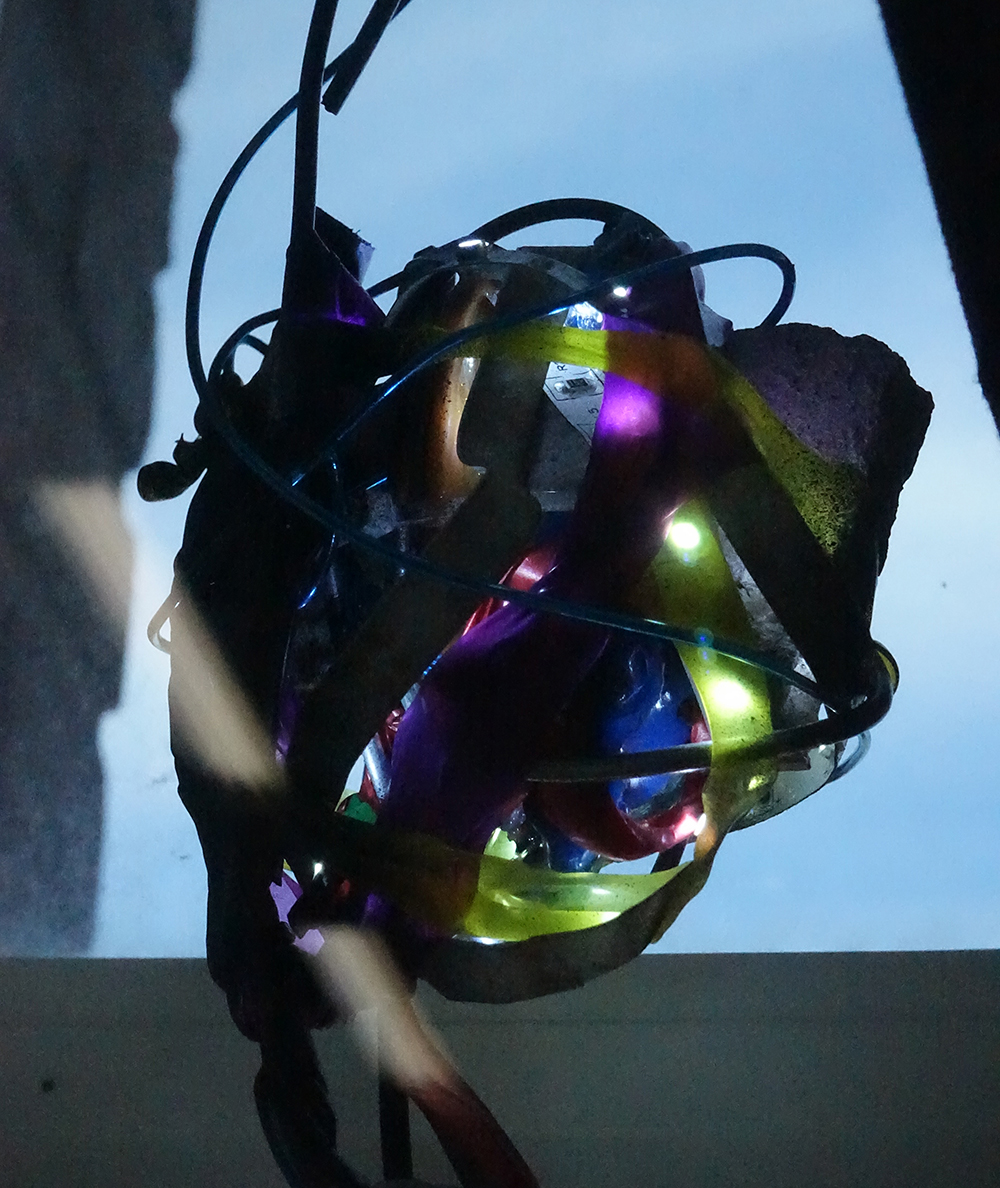 This text explains a bit of the thought process that was orbiting these, whilst existing as a sketchy manifesto for current sculptural interests and it's spillage into wider thoughts.

The micro-nation Sealand, a pirate-radio broadcasting platform which occupied a defunct world war fortress in the 1960s within transmittable distance of London, and Peter Thiel's proposed Silicone Valley islands; a number of floating micro-cities which intend a tech concentrated petridish (via closed selection) to catalyse future development coined at Burning Man festival and funded by Trump's transition team. An establishment of edge can be seen as an early step in providing a sealed environment to allow for utopic ideals to be played out, however subjective these visions are.

This toughening of the cell wall, whilst promoting polarisation, between who is in or out, induces a closer monitoring and tightening regulation of what passes through the membrane, sharper borders, higher definition, and a steady untangling of external links, as an attempt to regain control and clarity within an organism and organisation, against the full flux of globalisation, by that which initially pushed this into motion. With amoebas becoming more introspective, and looking inward through their own cytoplasm, it feels like this progressive messiness, envisaged a couple of generations before ours has touched the edge of confusion and recoiled back on itself. At various scales, the lure towards breaking 'off-grid' as the contemporary promised de-tangler, in reversion of, but with the same hopes as, the grid system which city planning promised would deliver pure simplicity. The development of these pieces existed as diagrammatic visualisations of conversations we have been having, about the thoughts of living 'within grid', sticking with the mess, and the hope that micro-utopic thoughts could flourish within a framework not braced by distinct borders, to first rupture the borders of our own work, and then see what this could mean for wider artistic platforms that square off production.

Whilst working on the early Rover film in Ciutadella Parc last year alongside the production of large sheets of recycled paper in the studio, we started talking about the idea of sieving in terms of a process or thought pattern we would like to push towards. Understanding sieving as the spillage into a regurgitative cycle, where your purpose becomes operating as a steady filtration system, 'pulling sieves' of various permeability through the material, catching a cross section with each effort, to then break this formation down and back into the mix, as initial intentions slowly decomposed. Quite close to cultivating, or the maintenance involved with growing plants, we have been doubting whether an edged piece of work (a settlement) could ever be democratic, and looking toward weather as an example of a democratic system.

Within these sculptures we were pushing towards new ways of entangling, with a constant translation between thoughts and intentions bringing about form. We wanted to dive backwards into the tangle, leaning into complex multi-dependence as an experiment in (sculptural) structure being established through both collective strength and tension. It's been super important to us that these works build their strength through a complex weave of flimsy material that develops strong relationships. Also, to be working with motorised systems in a dysfunctional way, which accepts the occurrences of stoppages but through an uncoordinated arrangement of movement, allows for unrelated systems to accidentally untangle each other and push a continuous liveness (within systems), an aliveness, or a maintained momentum.

In both the fold, threefold, fourfold of precarious material building strength through collective tension, with many thin and flexible parts maintaining each others stability, and the continuous cycle of tangle, formation, detangle that the motorised sections pushed through, the sculptures exist as manifestations of a mutual support system, with structure existing from collective needs. In this way, during the production of these, we were able to let them establish their own edges and spinal systems, as they progressed through vertebrae / invertibrae inversion shifts. We started making composite ropes for the sculpture, weaves of tape, wire, vines, thread, paper. We were excited by the development and intricacy of scale in both directions, into the weaved threads of the rope, and out to the corners of the room that it was reaching towards.

As flat entities, like maps / plans, diatoms, but with an isomorphic flatness that has revolved and uncurled through many mobius folds, with each fold allowing a glimpse into the third dimension, they were able to disintergrate to filter through airport security in various bags, like the octopus through the hold, or the sea sponge that reforms after the blender, the pieces reassembled in Helsinki, in the seclusion of MUU Kaapeli. We began to become aware of their developing personalities and needs, with an inner churning of motors grinding producing crazy guttural noises amplified through small contact mics and speakers, and a radio constantly making an effort to feel in tune, we nudged and rotated and applied grease in attempt to maintain the growing systems. After a number of progressions, they began to have no clear starting point, our role became almost as haptic problem solvers, of nurturing a system that started to give evidence of some sort of decentralised consciousness. The peripheries were making formal decisions as much, and often more than we were. We understood the assemblage as a group of many systems, neighbours each with their own overlapping intentions, and a body as a messy collective of many other bodies.